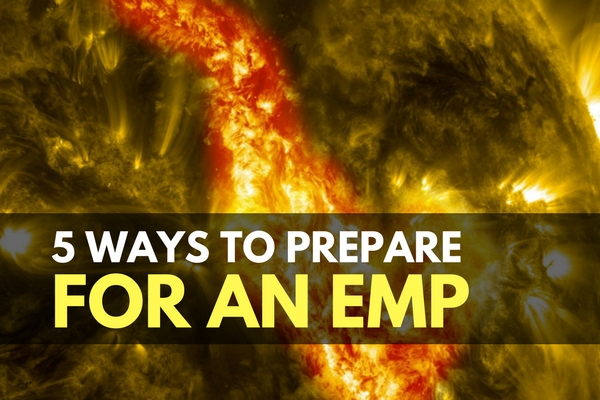 It’s all in the news. North Korea has their finger on the button. Even though they have been saying that since the Korean conflict in the 50’s, it seems much more plausible now. If they or any other country does decide to deploy a nuclear weapon against the U.S., there is good chance it will be an EMP. That stands for Electro-Magnetic Pulse. When a nuclear bomb detonates, there is a blast radius that levels everything in its path for a limited number of miles. Then comes an electro-magenetic pulse. That wave extends much farther and fries all electronic circuitry that is not protected. It is possible an EMP would render anything with a circuit board completely useless. That includes modern cars, computers, radios, TVs, cell phones, and, well, you get the idea. It would affect almost everything we use in our daily lives. Lives would come to a stand-still in the area affected by the EMP wave. It would not harm human tissue, just all circuit boards. Some argue that the circuit board has to be powered on at the time of the blast for it be destroyed. If so, it would still take down all moving cars, all running computers, and all cell phones. Same end result. Everything stops. Many stress that the biggest threat is to our national electric power grid. If that goes down, all electric utility power is gone. 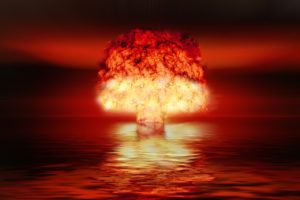 Another form of EMP is caused by a solar storm. If the sun has a large Coronal Mass Ejection (CME, a severe solar flare), it could cause an EMP wave to hit whatever side of the Earth it is facing. The results may be similar to a nuke EMP, but could affect a much larger area.

An EMP deployed in the atmosphere would have a much larger affect than one on the ground. In this case, the nuclear detonation occurs well off the ground. The initial blast is harmless, the EMP propagates much farther, and the radiation cloud disperses somewhat and gets carried farther. The EMP reach is so much larger, it may even be possible to take out the entire Eastern seaboard of the U.S. with one atmospheric EMP. There are various theories on how the radiation will disperse. I’m expecting the prevailing wind and weather to have an impact.

How do you prepare for such an event?

So far, I’ve read 3 full novels about the disaster following the detonation of an EMP. Note that they are all fiction and represent the author’s beliefs on what could happen. Call BS as you see fit, but they are thought-provoking!

First off, know the signs of an EMP happening. If your phone suddenly stops working, check with someone else to see if theirs stopped too. If everyone’s car just turns off, it would obviously be an EMP. Second, know exactly what to do next. Most people will be standing around wondering what to do. You will be calm and collected while you swing into action. Be aware of your surroundings and how they would help or harm in the event of an EMP. Are you in a crowded city? How far away from home are you? How dependent are you on infrastructure, specifically the power grid? Envision how you would handle the event while answering those questions. Then just prepare ahead of time so that the answers to those questions are acceptable.

Before an EMP has occurred, much of the preparation should be similar to other prepper events. Basically, get to your bug-out/bug-in location, secure your food and water, watch for the 2nd or 3rd day run on grocery and hardware stores, watch for the 1-2 week widespread panic, etc. The unique aspects of an EMP are as follows:

There are ways to protect sensitive electronics. It is called “Hardening” and makes it so the pulse is not passed on to sensitive electronics. The most prevalent is called a Faraday Cage. You actually probably already have one in your house. If you look at a microwave oven door, you will see a metal mesh in-between the glass. Also notice that the seal around the door is metal. This is a Faraday Cage meant to keep harmful microwaves inside the oven. You can use the same concept to keep an EMP out! One way to do this is simply to store electronics in an old microwave. I use a filing cabinet with foam lining so nothing is touching or near the metal. I keep charged radios in there so I can listen and find out what is happening after an EMP. Some recommend galvanized trash cans. If you wrap something in plastic, then aluminum foil, then plastic, and a second layer of foil, that should EMP-proof it too. I do that with spare fuses for my car (in the event that the car fuses take the hit and the rest of the circuits survive). Theoretically, if you ground your Faraday Cage (connect a wire that runs to a good ground), that should shunt the pulse to ground better. See your local Ham radio operator for more details.

Here is a site for those who really want to dig deeper into shielding techniques: FutureScience Article

#5: Get a Geiger Counter

Seriously? People buy Geiger counters? Yes, or you won’t know you’re being exposed to deadly radiation. The device is I use is technically called a radiation detector. It is called NukAlert and you can get it HERE on Amazon. It is not cheap but last for 10+ years and could literally save your life. I attach it to my everywhere carry bag using a Grimlock. It will start chirping if you get exposed to radiation. It is the only way to know when and where the radiation cloud occurs. If it goes off, determine the wind pattern and go the other way. It would also be helpful if you live anywhere near a nuclear power plant that goes hot.

I hope these steps will help you prepare for the possibility of an EMP. Remember the #1 rule before, during, and after any event: Don’t Panic. By planning ahead, you will be more prepared than most and ready to handle whatever happens. If you are an EMP fanatic, let me know if I left anything out.

Be safe by being smart, 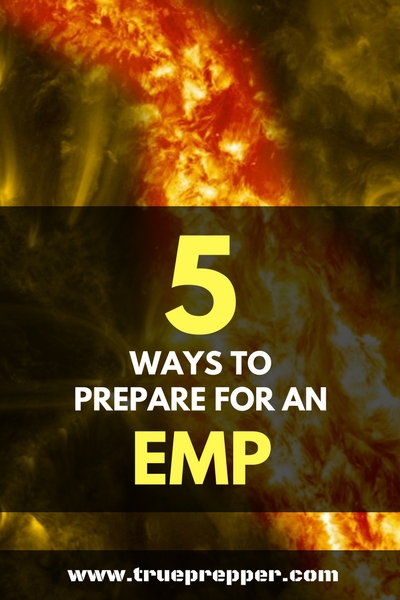 I have experience from years of actual prepping, including survival food, tools and weapons, and even a buried bunker. I am an Air Force veteran that began thinking about surviving disasters during the Cold War when the Soviets threatened mutually assured destruction. Trained in Red Cross disaster assistance, Community Emergency Response Team, and radio communications.