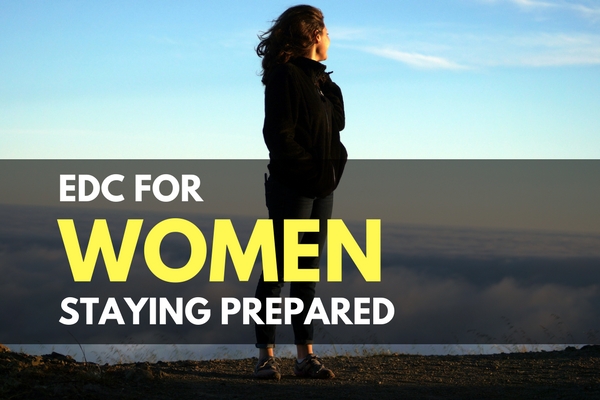 One thing that everyone can agree on is that being prepared is better than not being prepared. How we do this is where we start going separate ways. One major factor that affects how you go about being ready for any situation is whether you are a man or a woman. Obviously, women have some different needs than men- and different threats. The majority of preparedness tools don’t care whether you are a man or woman, but some specific EDC gear just makes sense. EDC for women isn’t rocket science, and isn’t that far off from EDC for men, but the differences definitely merit discussion.

Just to recap what EDC is for those that don’t know: it stands for ‘everyday carry’ and is a collection of items that you keep with you at all times. Small tools, supplies, and other equipment are kept either in pockets or hidden in clothing, small bags, and purses. These are designed to be used every day, from events ranging from the ordinary to life threatening catastrophes. One important aspect of EDC is that you are able to have it with you at all times. This means weight, versatility, and functionality are key when considering which items to include. Some EDC communities share ‘EDC loadouts’ and the women like to do ‘purse dumps’ to share which items they include in their kits. We go over Everyday Carry and have all of our related articles in the EDC section if you would like to learn more.

What Sets Apart EDC for Women

Basic needs are different between men and women, and a few were taught to you back in grade school sex-ed. Besides the extra hygiene items a woman may choose to carry in an EDC kit, there is also an elevated risk of assault. This is unfortunate, but it doesn’t help to look at the world through rose colored lenses and presume that you are safe. The statistics show that girls 16-19 are four times more likely to be victims of rape, and women 18-24 are three times more likely. (www.rainn.org) The same findings show that occurrence rates of sexual assault have dropped recently, but are still staggeringly high. Protecting yourself doesn’t guarantee your safety, but it does give you some degree of control in a seemingly hopeless situation.

There are plenty of great tools to include in an EDC kit, and most overlap between genders. A solid, well rounded EDC kit could include these key tools which are easily stashed in a purse.

Keep weight down because you are planning on toting this around every day. A compartmentalized purse works best for organizing the different components of the kit and so you can have the high use items where you can reach them quickly.Also keep in mind that CCW isn’t just for the guys. If you are trained and have your permit, a concealed carry weapon can be an important addition in many situations. If you don’t plan on going the CCW route, be sure to include a small can of pepper spray in the very least.

An EDC kit can be your most used survival kit. They are great because they marry the tools you use everyday with the tools you may need for survival. Keeping them together allows you to be more familiar with your resources, and have them on you when you need them. Do you have anything that we didn’t mention kept with you for EDC? If you do, let us know in the comments below. Keep exploring, stay prepared, and be safe. 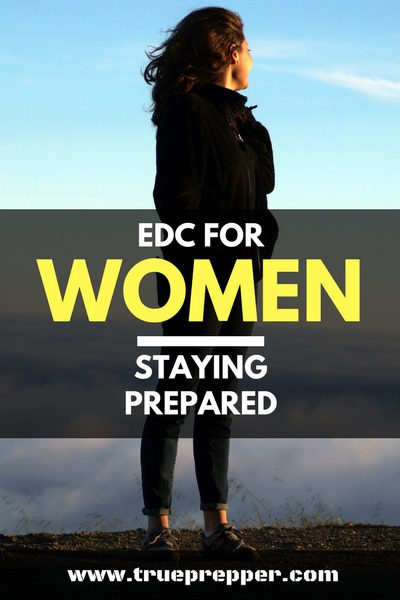